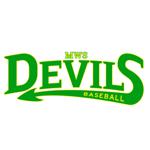 Joey graduated from Ashland High School in 2000 as a three year varsity baseball starter. During his junior year, he was a TVL All-Star honorable mention winner and named first team TVL All-Star the following year. Joey led his varsity team to the Massachusetts Division III State Championship in 2000.

Joey continued his baseball career as a player at Colby-Sawyer College in New Hampshire where he majored in Sports Management/ Exercise Science.  During his four years at Colby-Sawyer he was a starter in Center field and Left field. He is also a fixture in the top ten of almost every offensive category in the schools history with his best game coming his senior year against Wentworth when he hit three home runs in three consecutive at-bats and totaled eleven RBI’s.

After graduating from college, Joey accepted a job at Extra Innings in Wrentham, MA where he was employed for the next six years. From 2004 to 2008 Joey worked as a sales associate and baseball instructor. In 2008, Joey became the General Manager as well as Director of Baseball Operations where he implemented player training programs and managed the daily operations until 2010 when he left to pursue the opportunity to open a sports facility